Bushmon is a cloud-based database on current bush encroachment research projects conducted by the NWU. The project information includes the type of intervention, location of projects, when the projects were implemented and when finished as well as relevant photographs and documentation. The location of projects can be viewed through the map interface. 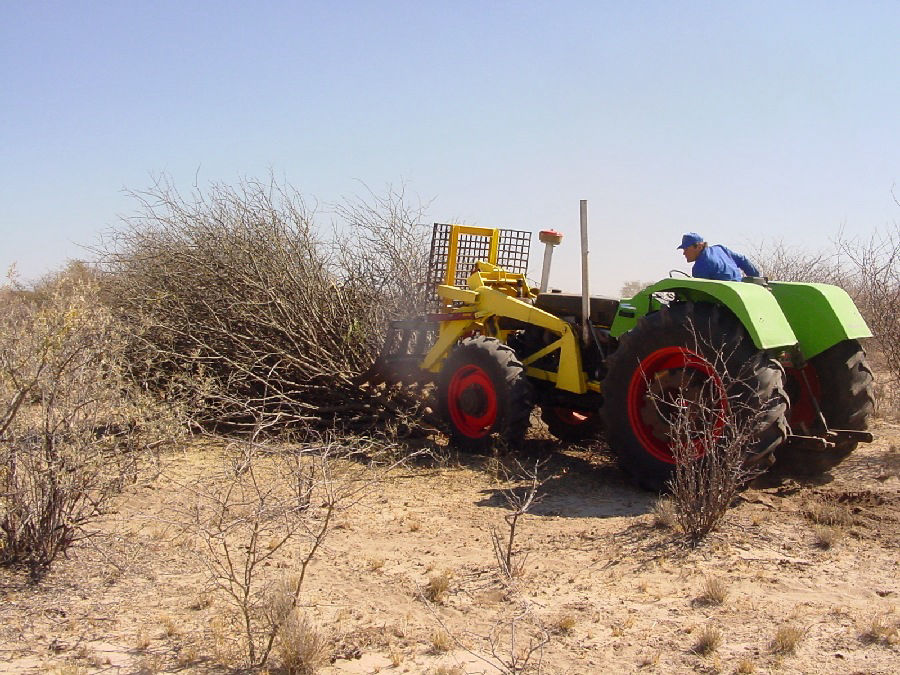 The Terrestrial Ecology Section in the School of Biological Sciences and Unit for Environmental Sciences and Management (UESM) of the Faculty of Science at the North-West University (NWU) focus their research on land degradation and restoration/rehabilitation ecology of arid- and semi-arid rangelands. The emphasis is on Sustainable Land Management and the impacts on Ecosystem Functions (EF) and Services (ES). Research also includes the study on impacts of desertification, land degradation and drought on rangelands, as well as suitable technologies to restore/rehabilitate these lands, especially after bush control.

Bush encroachment is the increase in the density of woody species (shrubs and trees) of mainly invader species in the rangelands of the savanna regions. The EcoRestore Decision Support System (DSS) contains documented bush control and rehabilitation technologies that are implemented in the savanna regions of southern Africa, mainly in Namibia, South Africa and Botswana. The DSS will serve as a tool for land users, technicians, scientists, extension officers and policy makers to assist them in making the correct decisions on bush encroachment control technologies and to eventually improve SLM. The DSS system will also provide information on the location of technologies through the map interface.